Makaris formed in 2018 to explore the broad musical heritage and culture of Scotland, and the following year released its first disc, Wisps in the Dell, to critical international acclaim. (“Absolutely wonderful … one of the very best releases of 2019” --MusicWeb International; “Marvelous … Highly recommended”--Fanfare; “Delightful … a winning combination”--Early Music Review.) The ensemble’s second recording was the EP Tam Lin, a modern fairytale folk opera composed by Fiona Gillespie and Elliot Cole.


Based in and around New York City, the ensemble maintains a roster of early, contemporary,
and folk music specialists from around the country, tailored to the needs of each project.


A makar (pl. makaris) was a royal court troubadour of medieval Scotland; the term was resurrected centuries later and is used now to describe a Scottish bard or poet. 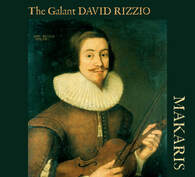