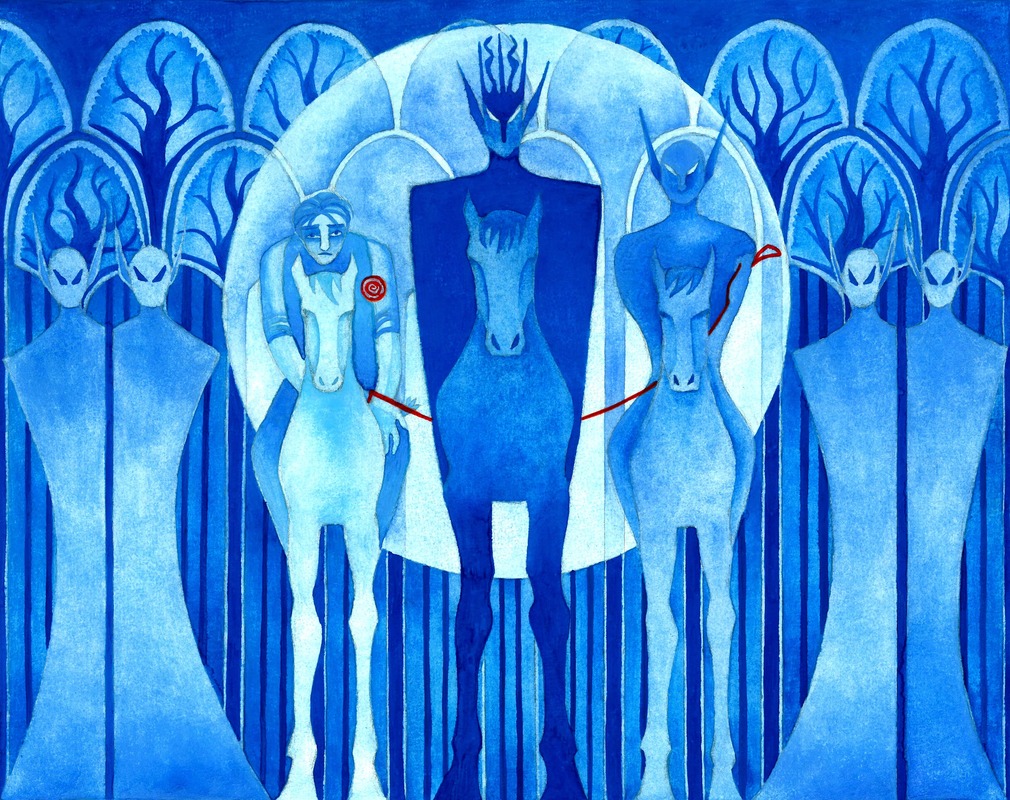 A modern adaptation of an 18th-century Scottish ballad
A story of transformation and love to life in a musical drama, weaving Celtic, medieval, and modern musical threads

​ALBUM RELEASE
October 4, 2019
Available for digital download on iTunes, Amazon
(pre-order: https://www.amazon.com/dp/B07WV6DY81)
Available on Spotify and all other streaming sites
for purchase wherever CDs are sold

Distributed by NAXOS of America

Scroll down to listen!

Makar (pl: makaris): originally the name for the royal court bards of fifteenth- and sixteenth-century Scotland,
later bestowed on the literary giants of the eighteenth-century Edinburgh Enlightenment,
today a term referring to a Scottish minstrel or poet.

​During the late 1700's Edinburgh music collector and publisher George Thomson embarked on a mission to amass a body of repertoire from Scotland's rich folk song tradition and make it available to the wider public. With the help of his friend and colleague Robert Burns, whom he employed to tidy up the language of much of the poetry, Thomson sent hundreds of Scottish songs across the channel to Vienna, where they were arranged for string ensemble by composers such as Beethoven, Haydn, Weber, and Hummel, among others. This now little-performed repertoire enjoyed a moment in the sun for some thirty years in the early 1800s, as these arrangements were celebrated around the parlors and halls of Europe.

​In honoring both the traditional roots of this music, and the Classical treatment it was accorded, we blended folk and art song practices to create an ancient yet fresh take on some of our favorites from this charming collection of airs, ballads, and pub songs.

Makaris recorded at Oktaven Audio in New York after a residency at Avaloch Music Institute,
and a premier performance on the Electric Earth Concert Series. ​
​